Guest Post: Who Cares if the Wrong Person Went to Prison? by @bobmueller 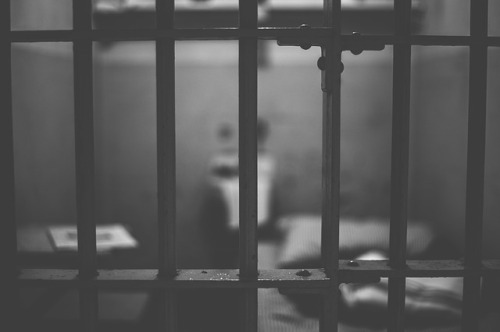 Someone else was released from prison last week after serving time for a crime they didn’t commit. This one served 19 years. The one last month served 23. Or was it 20? And the average time behind bars is 14 years. The stories come so often these days that we’re in danger of becoming numb to them, because they all sound the same. A black man (and statistically it’s more likely to be a black male), wrongfully convicted of a violent crime, released due to DNA evidence that negated an eyewitness identification, or a false confession, or faulty evidence.

The National Registry of Exonerations, a statistics project of the University of Michigan Law School, reports 1,777 exonerations nationwide as of April 27, 2016. Black men make up just over 46% of those exonerations. 116 of them were on death row. That means the State came close to killing the wrong man.

But so what? Why do I care?

Why should you care?

Because the State could kill the wrong person.

And if the wrong person is in prison, then the “right” person is still out there committing crimes.

Wrongful convictions in general are a bad thing, but at least they can release the wrong person, throw some money at them (in some states), and let them at least try to move on with their life.

But it’s hard to do that for a dead person.

Far too many states don’t do anything for a wrongfully convicted person when they get released from prison. Some of these people have been imprisoned for more than half of their lives. Many have no clue what the internet is or does. They may have never held a cellphone. They don’t get any chance to catch up on modern life. One former inmate in North Carolina received 10 minutes’ warning that he was being released.

In 24 states, they won’t get any compensation for the loss of their lives. They get nothing to try and pay them back for the missed birthdays, graduations, weddings, and funerals. Others require them to file a court claim to recover any money. That’s hard to do when you’re broke. Oklahoma caps its compensation at $175,000 no matter how long someone was incarcerated. Louisiana, home to one of the most overworked and poorly supported public defender systems in the country, caps its compensation at $150,000. Alabama requires the state legislature to authorize the compensation, but they at least provide a reasonable amount of minimum $50,000 per year.

Adding insult to injury, up until December 2015, that compensation that you had to fight for was taxed federally. Thanks, Obama.

You know where that money comes from though. It’s not “The State.”

That compensation – if it’s paid – comes from you, and me, and everyone else who pays their taxes, expecting the State to get it right when they send someone to prison. Imagine what the city of Tulsa could have done with the $8 million they recently paid out on a wrongful conviction case.

In the meantime, while you’ve been stuck in prison, trying not to get beaten, raped, shaken down by the guards or the gangs, or just struggling to survive, the real bad guy has been out there, still committing crimes.

The Innocence Project points out that in the 337 exonerations they’ve accomplished, the real perpetrator has been found in 140 cases, or just over 41% of the cases. Their research indicates at least 130 violent crimes could have been prevented had the actual offender been properly identified the first time. I think it would be interesting for one of those victims to sue the agency that convicted the wrong person, thus allowing them to be victimized. Maybe I should talk to John Grisham about that one.

And that’s just based on the 337 exonerations achieved by the Innocence Project. Imagine how many could have been prevented if the 1,777 national exonerations had all gotten it right the first time.

So why should you care if the State puts the wrong person in prison?

Because the real bad guy could still be out there, hurting people.

Maybe someone you love. 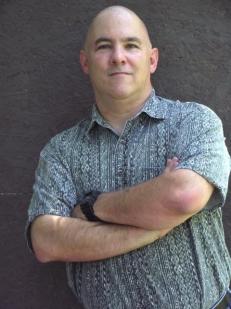 Bob Mueller is a teller of stories. They sound like thrillers in his head. He puts himself in someone else’s shoes, teases out their feelings, blends that with bits and pieces of history and life experience, and crafts a story that might have been inspired by a song or a news story. But it’s about emotions in the end. Published under Booktrope’s Gravity Imprint, Bob is a member of International Thriller Writers, Tulsa NightWriters and Oklahoma Writer’s Federation, a father of eight, and a pastor’s husband. His novel The Sad Girl is available now from Amazon. You can also find him at http://www.bobmuellerwriter.com, on Twitter, Facebook, Pinterest, Instagram, and Goodreads.

5 responses to “Guest Post: Who Cares if the Wrong Person Went to Prison? by @bobmueller”