In the past I’ve referred to myself as “Grammar Nazi” and “Grammar Police,” but I much prefer a recent moniker given to me by one of my talented authors: “guru goddess of editing and formatting,” which I’ve shortened to Grammar Goddess. This title implies benevolence and forgiveness, so it suits me quite well. (Stop laughing.)  And it flows off the tongue better than the other terms. Now I just need to create a logo. 😉

Now that we’ve gotten that out of the way, let’s continue my “Mind You’re Grammar” series. Part I is HERE and Part II (Deux) is HERE. And HERE is a related post about why you shouldn’t be the only editor of your own work. If you haven’t read them already, go ahead and do so. I’ll wait for you to catch up. 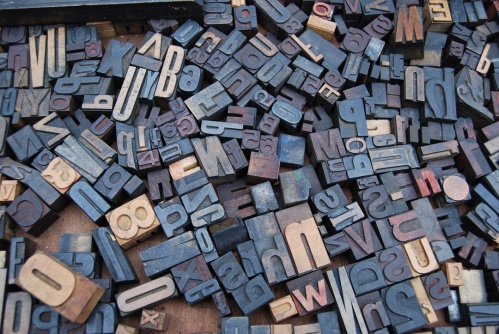 All finished? Ready for the next lesson? Here we go then.

Got all that? Are there any words and/or phrases you have difficulty with in your writing? Feel free to ask questions or leave comments. 🙂

Being Thankful Isn’t Just for the Holiday Season

We’re now fully involved in the holiday season. Thanksgiving was a few weeks ago, and Hanukkah recently past. So I thought it would be a good time to list the things for which I’m thankful.

All too often we talk about what’s wrong with the world, because, let’s face it, most of us believe we have ideas to make the world a better place. And so many of those ideas are REALLY good ones. And sometimes, we even have the opportunity to implement those ideas and the world DOES become just a little better.

And you know what? That’s one of the things for which I’m thankful – the great ideas that make our world a better place in which to live. Things like feeding the poor. Whether it be domestic food banks that operate on a consistent basis, or charitable foundations that raise money to feed our fellows in third-world countries. All are equally worthy of our gratitude and support. You never know when you’ll be one of those people in need of such a service.

I’m thankful for The Salvation Army bell-ringers who appear during this time of year dressed as Santa and his Elves, urging us to be more charitable than usual during the “season of giving.” Without The Salvation Army and those bell-ringers who give of their time to raise money for the destitute, there would probably be MORE people in need during this time of year.

I’m thankful for my job. Working for the government – at any level – can be a chancy thing. Politics and all that. But despite the often prickly politics one must be wary of and learn to navigate with care and agility, I enjoy the challenges and benefits of civil service. The government is the best employer I’ve ever had, bar none. It’s much more secure than the private sector, and turnover is less of an issue. For instance, I’ve been working for this particular government agency for more than a decade. Longer than any other previous employer. We’ve had our differences of opinion and I’ve butted heads with a few people, but overall, I’m very thankful to be working at my agency.

My family has been one of my biggest blessings. I’m so fortunate to have supportive, loving parents, and brothers with whom I (usually) get along. Then there’s my lovely, vertically-challenged, hyper-energetic sister-in-law (who often makes me tired just looking at her) – my baby brother’s wife – and their 2 children. My nephew and niece are stinking adorable and I love to spoil them.

My son is a blessing…when he’s not being a brat. He’ll be 15 next month (!!!!). He’s in that awkward stage between childhood and manhood, without the steady, loving guidance of a father. I try to be both mother and father, but am aware that I often fall short. He lives with ADHD and Asperger’s and his mother suffers anxiety and depression and para-menopause, both with strong-willed personalities, so we tend to butt heads a lot. What a pair we are! I pray we survive his teenage years and my para-menopause-ism with our sanity (relatively) intact. And you know what? Based on the moments of brilliance and maturity he sometimes displays, my kiddo is going to be awesome some day. 🙂

Almost 10 years ago, I went under the knife – for my eyes. Lasik ROCKS! I’m thankful that my resulting 20/15 vision still holds up. Lasik surgery is guaranteed for 10 years; 2 months away from my 10th anniversary of this procedure, my eyes are still going strong. Hopefully they’ll continue that way for another 10 years. (Fingers and toes crossed!) Don’t know if I’ll be able to afford this surgery again any time soon…even with the help of insurance. Of course, reading glasses would probably look kinda sexy on me right about now. 😉

I’m so blessed to be an integral member of Gravity Imprint, and Booktrope as a whole. I joined Booktrope as an author in 2013, and have never regretted that decision. Since 2014, when I began taking on proofing and editing projects at Booktrope, I’ve honed my editing skills even more and met some fabulous people who I’m honored to call friends. Almost a year ago now, I was offered the opportunity to be an editor/proofreader for the new Gravity Imprint. I accepted, and wouldn’t trade the experience for anything. We’re a close-knit, supportive group, directed by the inimitable Rachel Thompson. (I’ve always wanted to use that word in a sentence.) 😉

As much as I have to be thankful for during the holiday season – when there’s actually a little bit of breathing room to stop and count one’s blessings – these are gifts that truly do keep on giving all year long.

I’d like to share writing no-nos (aka Turtle Editor Wendy’s writing pet peeves) I’ve “collected” during my years of editing and proofreading. I’ll be gentle (I hope) and no names will be mentioned. This isn’t intended to be a “roasting” session, rather, a humorous, helpful post about some things to avoid when polishing your work before sending it off to your Editor. It’s easy to miss some things after writing your new Shiny and reading it a bazillion times (even we editors make mistakes *gasp*) , but if you do any of the things I mention here, trust me, you’ll be more aware of them next time. 🙂

Now go forth, intrepid writers, better armed with tips to help you polish your work, make your editors proud and your manuscripts even more awesome! 🙂