If I Ever Decide to Run for President… 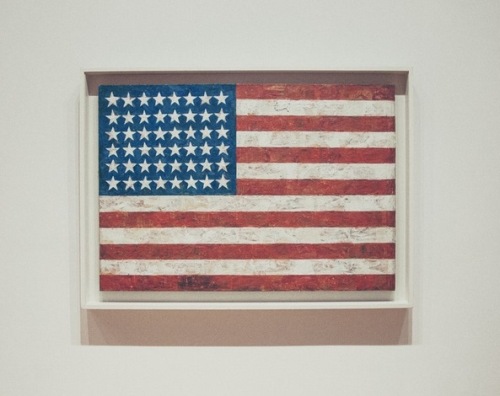 They (and no, I don’t have any idea who “they” are) say that if you think you can do a job better, apply for it… so maybe someday I’ll have enough chutzpah to run for president. And if, by some miracle I won – because, let’s face it, it would take the biggest miracle God ever pulled off – here are some of my policies (see, I’m warning you now so you can give me some feedback).

Congress would get a 35 percent pay cut. And just like in college, there would be an attendance policy. Miss too many sessions and votes, you’re off the island. Plenty of other people want their turn to get paid to sleep during long meetings and craft 100-page-long bills that no one takes the time to read all the way through anyway.

If we suffered a repeat of the Twin Towers, there would be no dickering around, trying to figure out whose jurisdiction it is or which federal branch will be in charge. The military would take over and we would strike hard and fast. Hash out jurisdiction when the crisis is over and the dust clears.

Prostitution would be legalized. Prostitutes would be licensed (so maybe we could call them Licensed Companions) and required to have yearly exams and health certificates. Let’s face it, if prostitution wasn’t illegal, nobody would really care if the Secret Service solicited on their days off work. Why do we care anyway? It really is a victimless “crime.” I get that some women (and men; let’s not be sexist) might have issues with their spouses paying someone else for sex, but that’s not society’s problem. It’s a domestic (as in, between spouses) issue.

Military, teachers and civil service personnel would receive 15 percent pay increase across the board. The funds would come out of the federal government’s coffers. Remember, Congress just took a 35 percent pay cut. We can afford the raises.

We’d offer Mid-East oil barons $35 a barrel for oil. Take it or leave it. We have oil in the U.S. Massive amounts. We’ll drill and refine our own – safely so as to not kill or injure fish, fowl, man or beast. Cheaper gas for all and more jobs for the unemployed skilled laborers. The caribou and other animals in the Alaskan wilderness can warm themselves and make their homes near the oil pipes.

No socialized healthcare. Receiving the same compensation from insurance/federal government no matter how good or bad your services, takes away the motivation for health providers to “one-up” their competitors. The stigma surrounding Mental Health would be brought front and center. Mental Health education and support would be paramount. I know a lot of great people who live with and work to eradicate Mental Health stigma. I would ask for their assistance.

I’m not a fan of same sex relationships, but it’s not illegal, I’m not the morality police, and the USA isn’t governed by religious rulers (and that’s probably a good thing – look at the Islamic nations, for instance). I don’t think it should even BE a government issue. Why does the government get to dictate who can marry and who can’t, as long as both parties are consenting adults?

We’d have twice yearly, week-long writing retreats and various seminars at The White House! And author events in the library!

There would be a complete overhaul of the Department of Education. It would get a lot more funding. And every public school gets new, state-of-the-art computers and as many ESE specialists as are needed for students (and staff) who live with Mental Health issues.

Apartments in The White House would be auctioned off for mini-vacations to raise money for various charities and non-profits.

Even though I think these are some great policies, I don’t think my chances of getting elected are very high. I’d likely be tarred and feathered for some of these almost as soon as I announced I was running. And then there’s my finances. I’m probably one of the brokest (if that’s not a word, it is now) lower middle-class single mothers in America, and I’m not enough of a “wheeler dealer” to be able to negotiate that kind of support. I’d need a wily financial guru. I have an uncle who’s pretty good at that. And maybe I could start a “Wendy for US President” gofundme.com account. With a 10-year project goal attached.

So what do you think? Should I go for it, or just scribble that line off my bucket list?

4 responses to “If I Ever Decide to Run for President…”